Tambuwal blotted out---This is how I rejected APC bribe not to defect !

How I rejected APC bribe not to defect – Tambuwal On January 11, 20199:00 amIn News, Politics178 Comments By Emmanuel Aziken, Political Editor Governor Aminu Tambuwal of Sokoto State has revealed how he spurned the bribe from the Federal Government to construct a road to his village as a way of holding him in the All Progressives Congress, APC. Tambuwal Speaking at a rally in Silame, Sokoto to flag off the PDP campaigns in Sokoto State, Tambuwal fumed at the hunger in the country and what he described as the incompetence of the Muhammadu Buhari led Federal Government in tackling the insecurity problems in the 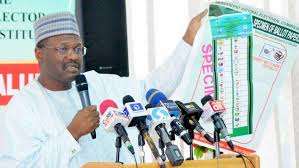 The Independent National Electoral Commission, INEC, has outlined a seven step voting procedure for next month’s general elections. inec Prof. Mahmood Yakubu, Chairman of the Independent National Electoral Commission (INEC) 2019 poll: 364, 265 PVCs yet to be collected in Ondo The procedure, which was posted on its website, lists the steps as follows and they are not substantially different from those used in recently conducted elections. The steps as stated by INEC are:
Step 1: Upon arrival at the polling unit, join the queue and present yourself to the INEC official (APO111) at the polling unit who will determine whether you are at the correct polling unit and check if the photograph on the Permanent Voter Card (PVC) matches your face. If satisfied, he/she will direct you to the next INEC official (APO1).
Step 2: The official (APO1) will request for your PVC to confirm that your card is genuine and your details, using the smart card reader. He/she will ask you to place your finger on the card reader to confirm that the PVC belongs to you by ascertaining, the card reader will contains the name, photograph and finger prints of


The Peoples Democratic Party says it has become a clean and spotless party since 'all its corrupt members have defected to the ruling APC'.
The party said this when it participated at a political stakeholders’ forum organised by the Pentecostal Fellowship of Nigeria in Ikeja, Lagos on 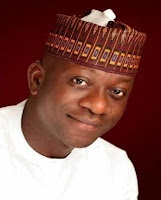 Speaker of the House of Representatives, Yakubu Dogara, has given sacked chairman of the House committee on Appropriation, Abdulmumin Jibrin, a 7-day ultimatum to retract all the allegations of corruption padding he leveled against him since he was sacked form office or face legal action.

Jibrin who was sacked on 20th July, has released several statements accusing Dogara and three other principal of corruption and padding of the 2016 budget. Read Yakubu Dogara's statement below...

The Speaker of the House of Representatives, Rt Hon Yakubu Dogara, has given a seven day ultimatum to Hon Abdulmumin Jibrin to tender an unreserved apology to him and retract all allegations made against him or face legal action. A statement issued by the Special Adviser on Media & Public Affairs to the Speaker, Mr. Turaki Hassan, stated that the demand was contained in a letter written and addressed to Jibrin by counsel to Dogara, Professor Joash Ojo Amupitan (SAN) & Co. It was signed By

Corruption: All past leaders are guilty, says Saraki

Senate President, Bukola Saraki, said on Tuesday that all public office holders in Nigeria since 1999 were guilty of the mistakes of the past that led the country to its present political and economic mess.
Saraki stated this while responding to a question on the secrecy of the National Assembly budget and corruption allegations leveled against it by former President Olusegun Obasanjo in a recent letter.
The Senate President insisted that it was wrong for anybody to hold an individual or group of people solely responsible for the mess of the past.
He said, “We have all been here since 1999 up to the recent past when things were not done right, we are all part of it. I was there, you were there, every 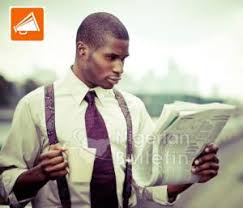 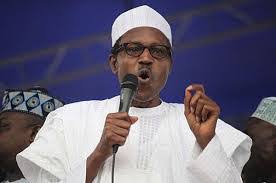 A chieftain of the All Progressives Congress (APC), Chief Sam Nkire, has said that with the emphasis placed on job creation, manufacturing and agriculture, there is no doubt that the youth are most favoured in the proposed federal budget for 2016 presented by President Muhammadu Buhari.
The APC Board of Trustees (BoT) member, who expressed his view on the budget in Abuja yesterday, said this year would go down as the


Sun up on Thursday, November 26, 2015: Ikenne, provincial homestead of one of Africa’s foremost political thinkers, statesmen, nationalists and former Premier of the defunct Western Region of Nigeria, the late Chief Obafemi Awolowo, gradually rouses from the fatigue and hangover of the orgy of celebration of the funeral of the widow of the late sage, Chief (Mrs.) Hannah Idowu Dideolu Awolowo, buried the previous day.
The streets, the markets and the motor parks still bear vestiges of the revelry of the night before as they were littered with dis­carded plastic food packs, disused water bot­tles and sachets, yoghurt and chocolate packs and cellophane bags. This is in spite of huge piles of the stuffs already gathered and ar­ranged by the roadside for sale by enterprising scavengers, mostly women.
At the Obafemi Awolowo Square, Dideo­lu Stores along Tai Solarin Way, the town’s major road, Our Saviour’s Anglican Church along Kehinde Sofola Street (where the fu­neral service was held), Yeye Odua (former Ajina) Street and several other reception ven­ues used by the government of Ogun State, Awolowo’s kinsmen, the towns folk and vari­ous groups in hosting guests; workmen and officials of the state’s Traffic Compliance and Enforcement (TRACE) agency are seen busy dismantling canopies and security barricades.
Although offices and schools have re­sumed after the one-day unofficial holiday declared in honour of the Awolowo matriarch, only few shops are opened for business even as at 9:00am. Traffic was light. Save for some commercial bike operators on the prowl for passengers, only few cars and township taxi cabs ply the roads. Indeed as the day wears on, the major motor park in the heart of the town has become virtually deserted. Only a handful of officials of the National Union of Road Transport Workers (NURTW) and touts are seen either seated on benches or play­ing with young female hawkers. There is no vehicle on turn. A few only drives in and out of the park without stopping, after finding no passengers to pick.
Ironically, the light human activity sharply contrasts with the profuse presence of roam­ing pets and other domestic animals- dogs, goats, hens, which, as if with an understand­ing with their owners, came out of a two-month forced hibernation with their brood to sun their furs and feathers. Saturday Sun al­most twice ran over two flocks of hens and their chicks on different lanes and saw local dogs stray across the roads at will, while rid­ing round the town.
At last, the “townlet’, (as that is what it can be called with its